The Musings of SEAY -THOUGHTS ABOUT MUSIC FOR THE SOUL, THE ARTS AND PEACE ON EARTH

"In the Garden" Is Almost Here! 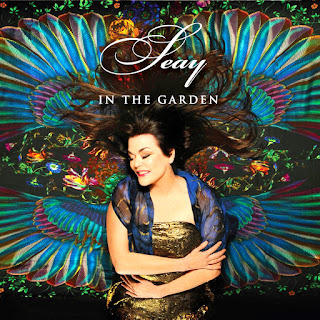 Seay Set To Release Her Breathtaking New Album 'In The Garden' Music Of Life On June 1, 2016! www.seayinthegarden.com

Nashville, TN (May 19, 2016) Evocative American Singer Songwriter Seay is set to release her breathtaking new recording, 'In The Garden' the music of life. A culmination of 3 years work, the 12 song original project continues Seay's captivating music and stunning vocal sound that is drawing listeners from across the globe and features her alongside many renowned and grammy winning musicians. Seay recorded 'In The Garden' across the continents from her studio in Nashville, Tennessee to Los Angeles and Bangalore, India producing a collection of innovative and mesmerizing songs in celebration of the Earth and each of us as human beings.


"The album has of theme of connection, in a comment from Seay. 'In The Garden' has come out of my time of looking at the world, and the concern for the great global changes that are occurring but also seeing the beauty and underlying interconnectedness of everything. I wanted to create a project that was beautiful and artistic but that also had a message." A global music ambassador, Seay's voice and songs have been featured on radio worldwide, film, television and in several humanitarian and environmental events which include the United Nations, World Peace Day and Project Peace On Earth's 'Love All' simulcast live from Bethlehem, Palestine and seen by over 80 million viewers.


'In The Garden' is available to pre-order on CD physically and digitally. Itunes, Amazon, with "We Are One" provided as an instant track for fans. The full album is available on June 1, 2016 worldwide.
In The Garden' track listing:
1. Beautiful Earth
2. Dream
3. Oceanus
4. In The Garden
5. We Are One
6. Hearts Afire
7. Anima Mundi
8. The Golden Spiral
9. I Will Love You Still
10. Seraphim (Breath Of The Angels)
11. Full Moon Sonata
12. Into The Blue (Oceanus Reprise)
For more information:
SEAY IN THE GARDEN PREVIEW SITE:
http:// www.seayinthegarden.com
SEAY OFFICIAL SITE:
www.seayonline.com
FACEBOOK:
www.facebook.com/musicofseay
YOUTUBE:
www.youtube.com/user/Seayonline
ITUNES:
https://itunes.apple.com/us/album/in-the-garden/id1110527415
AMAZON:
www.amazon.com/Garden-Seay/dp/B01F4ITDFU/ref=sr_1_1?s=music&ie=UTF8&qid=1463688699&sr=1-1&keywords=seay+in+the+garden
TUSCAN SUN MUSIC LABEL:
www.tuscansunmusic.com
mgmt@angelica.org
615.794.0485

SEAY
Nashville, Tennessee, United States
Peace to you and welcome to my Journal! I am an artist, singer, songwriter,composer, renaissance woman, humanitarian, travel enthusiast, scubadiver, equestrian, educator, lover of life and everyone everywhere! I currently live in"Music City" Nashville Tennessee. From time to time I will share my thoughts about music, the arts, creativity and peace on earth.